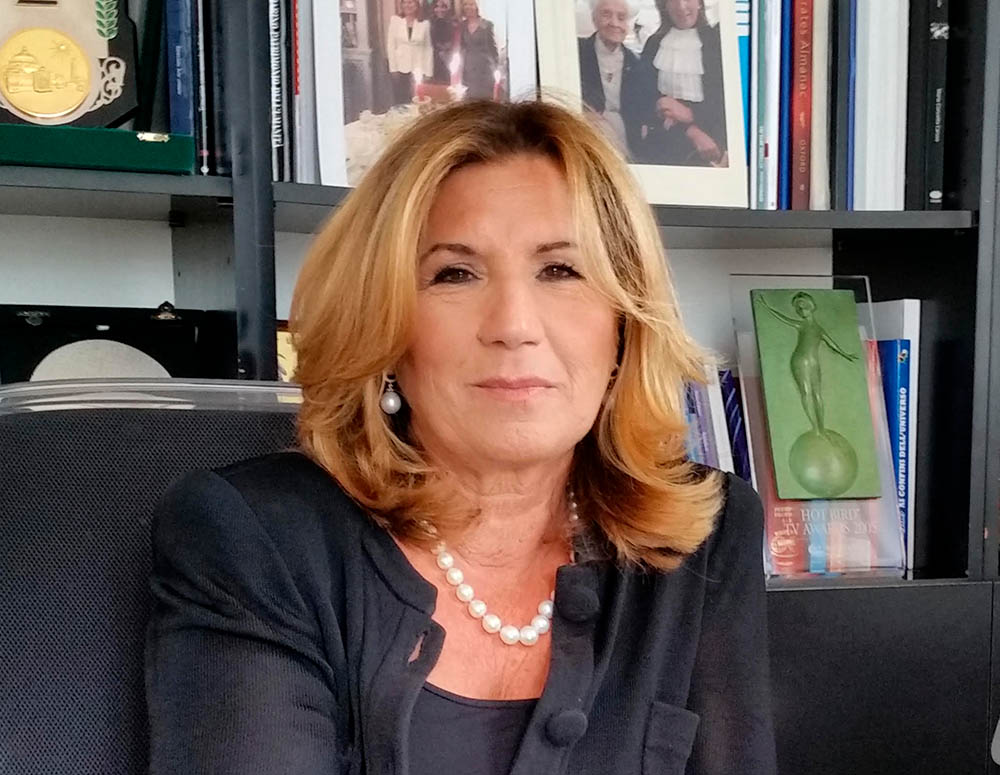 Posted at 18:41h in interview by Author One

Maria Amata Garito, Rector, International Telematic University UNINETTUNO, tells us about the institution’s goal to bridge international markets through the democratic proliferation of skills and knowledge and the role of digital technologies in breaking down societal barriers in education.

Can you give us a brief history of the International Telematic University UNINETTUNO’s establishment?

All those working at the International Telematic University UNINETTUNO have created a laboratory of multicultural and multilingual cooperation with democratic access to knowledge. The institution was founded in 2005 from the NETTUNO Consortium. Its origins have a lot to do with its five core values, which are education, research and innovation, internationalization, inclusion and passion. The NETTUNO Consortium was born in 1992; its members were traditional public universities and companies from all over the world, including 41 Italian universities such as Polytechnic University of Milan, Polytechnic University of Turin, University of Bologna, Sapienza University of Rome, University of Florence and University of Naples Federico II and 31 universities from countries all over the world. The primary purpose of the consortium is to create a distance-learning model in the context of traditional universities, conduct research activities focused on using available mainstream technologies for distance learning and identify psychological models to adapt these technologies to the educational context. At the time, we did not have remote learning in Italian universities. The NETTUNO Consortium fostered the creation of technological poles and production centers in its member institutions. Since the web was still not available, we developed a blended learning platform. We used available technologies, namely satellite and public television channels. Students were able to watch lectures produced by professors from participating universities. They were recorded and available on satellite television and video home system cassettes. Students interacted among themselves and with their professors through in-person meetings organized in the evenings or on the weekends at member university campuses. They carried out assignments and exercises and attended seminars. Since students could access the lessons and course content provided by the best professors in Italy, the quality of the programs was higher than one provided by a single member university.

When the internet became more available in 1996, we began researching web-based distance learning models and digitizing video lessons for online streaming. We were probably the first in the world due to our partnership with satellite internet technology holders like EutelSat. We were able to overcome the barriers of phone, cable and internet types that people usually had in the late ’90s or early 2000s because we had already developed a satellite-based internet experience. We created a database of heritage video lessons starting in 1996 and today we have over 60 thousand hours of digitized video lectures available online and more than five million didactic units on our platform in several languages. We have kept doing research on less-known technologies to anticipate their dissemination. We have been able to continuously evolve our model and integrate new technologies as they became available to the public. Our researchers are focused on the impact of technology on cognitive and learning processes and teaching methodologies. We are currently building a three-dimensional university using the two following models in parallel: already developed and tested technologies and research initiatives addressing virtual, extended and augmented reality. When 5G technology reaches the masses, we will deploy these advanced technological provisions on a large scale.

In 2005, we were transformed into a full online university. From that moment, we began collaborating with universities in the Arab world and Sub-Saharan Africa. We developed joint and common curricula involving professors and experts from international universities such as Helwan University in Egypt and Al Akhawayn University in Morocco as well as institutions in Jordan, Tunisia and other countries. We involved professors, managers and experts in design and development to process different cultural backgrounds and values to build something sustainable. We wanted to create a bridge along the northern and southern shore of the Mediterranean Sea. Young students who were enrolled in our programs benefit from a multicultural environment.

How is the school updating its programs to incorporate emerging digital technologies?

Being an online university facilitates the need to quickly innovate and update curricula. Our didactic offer is public; you can see the topics covered by different programs. For example, psychology was completely revamped last year. A master’s degree in psychology is now articulated in the following three curriculum paths: cyberpsychology, which is a hybridization between cognitive processes and technologies, neuroscience and the impact of technology on children and teenagers. We created a virtual system called Second Life to perform direct clinical counseling to facilitate the last year of imposed remote learning. We are also conducting a lot of research on how to manage these remote setups.

Degree programs in our engineering faculty and master’s degrees already address artificial intelligence, big data, robotics, smart energy, smart mobility and industry 4.0. We renewed our offering with a curriculum about cultural heritage and digital memories. Our faculty of economics developed a master’s degree program in digital economy. Almost all faculties and curricula were redesigned to focus on technological innovation through interaction with large enterprises. Our most recent partnership was with Enel, the largest electricity power manufacturer and distributor in Italy, to train, upskill and reskill their workforce in the over-45 age range.

What impact is the school having on the countries that it works in?

Currently, students in UNINETTUNO come from 167 different countries, which is made possible because of our technology and because of the breadth of our content. Our programs are not just in Italian, but also English, French and Arabic. Some contents are available in Chinese, Russian, Mongolian and even the language spoken in Kazakhstan. We are having an impact on countries like Nigeria, Ghana, Somalia and Ethiopia. Third-world countries are organizing themselves with technological points and allowing students to attend university courses through UNINETTUNO. We have created a new model of internationalization. Students from all over the world may look for courses available according to their interests. This year, many students enrolled in India. Exams are taken in Italian embassies in their respective countries. Governments from certain countries have also contacted us requesting specific skills and competences be provided to their workforce. In Somalia, the government asked us for a health management program. We entered into an agreement to create this technological pole, and we are now delivering this master’s program to them.

We keep tuition fees at a minimum. Our idea is to democratize access to knowledge to have an impact in third world countries. Providing knowledge and skills to all of humanity is a winning idea for building a globalized and interconnected world. This social innovation vision is recognized in the University for Refugees initiative we launched in 2016 that provides free scholarships for refugees and asylum seekers from all over the world. It has had a huge impact. We were mentioned in the UNESCO International Association of Universities as one of the universities contributing to the success of the UN’s 2030 sustainable development goals agenda. We coordinated a Horizon 2020 project involving integration of migrants in Europe.

We are also very focused on large research projects. We were recently awarded a large project from the Horizon 2020 program for the development of a European qualification framework that implements the EU Green Deal, the European Commission’s sustainability development plan, from primary school through university to professional training schools and human resources departments. We will manage and coordinate 15 universities and research centers with over two thousand schools all over Europe. The program will develop a competency framework related to smart mobility, biodiversity, climate change, circular economy and smart energy. This shows the deep interest UNINETTUNO has in these topics and the relevance we have gained on an international level.

How has the COVID-19 pandemic highlighted major concerns in the global education sector?

Nowadays, our focus is not on theories but on developing technologies. This was made evident during the COVID-19 crisis when Zoom and other available technologies were used with a lot of improvisation to address the emergency. Big global tech companies such as Google and Microsoft only aim at selling technologies without thinking how to use these technologies and shape them for the benefit of users. We experienced testimonies of a lot of failures in the application of e-learning platforms because families, parents and students were not able or not allowed to use technologies. These new technologies are not yet didactic models. There is also a problem with infrastructure. At a global level, many students were excluded because they did not have access to the internet; there is little consideration for infrastructure and access to technologies. When we started our partnership with universities in the Arab world, institutions did not have internet access. We were able to bring satellite-based internet to their institutions. The opportunity to integrate satellite and cable internet allows everyone in the world to be connected in a very short time. This exclusion and inequality in the north and south of the world needs to be resolved. We also experienced differences between poor and rich families. The COVID-19 crisis was the first time in many years we had a massive exclusion of millions of students from the learning process. The pandemic highlighted the fact that we need to find ways for technology to become a tool for the democratization of knowledge. New technologies can help us reduce and minimize educational poverty. There is a lot of anger because international corporations are still setting the agenda in lieu of real people in real situations. The real capital of human beings is knowledge. Through new technology and methodologies, we can bring knowledge and competences to the whole world, even the poorest parts. Stakeholders in education need to reflect on creation through the worldwide web. Currently the internet is not full of intelligent content; we need to fill the web with a new vision. If we forget the relevance of humanity, we will continue repeating the same disastrous experiences that keep us at a distance.